To be honest with you, I wasn’t sure how I would like Prosecco and apple cider together. I really had doubts about this pairing, but I loved it. The bourbon was the perfect touch to the drink. This drink is a little bit of sweet and a little bit comfort and that is what it is all about to me. 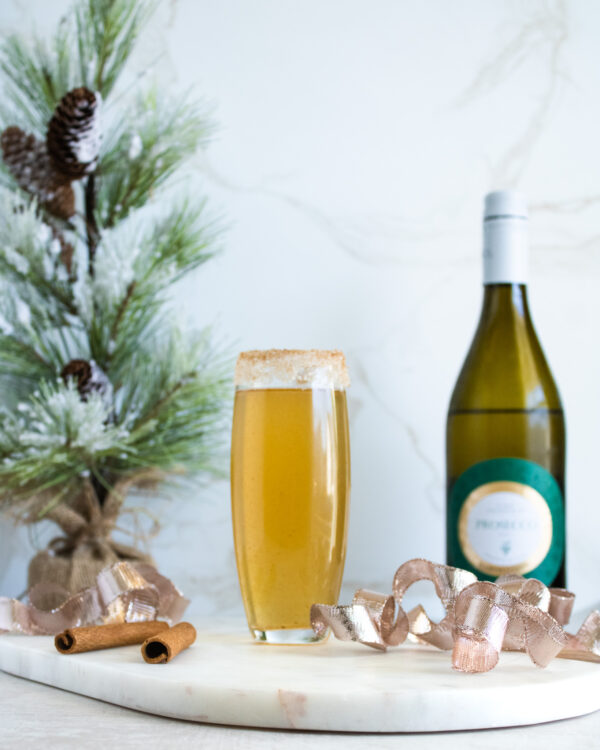