If you don’t know much about me, Fall is my favorite season. I have so many great memories of Fall from my childhood and I am trying to create those memories for my kiddos too. I love all things Fall and the kids are so into the Fall season too. It has been such a joy watching them really experience Fall. 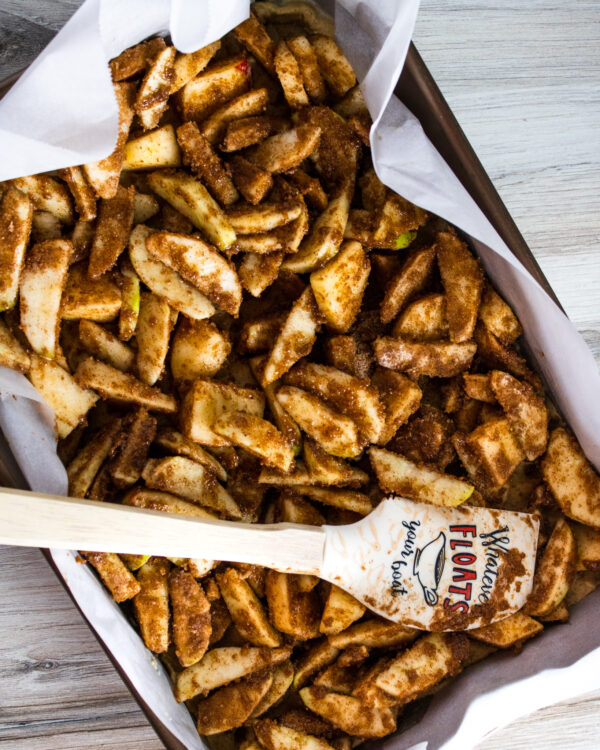 I am team apple, not team pumpkin. I love all things apple, especially these bars!!

Everyone absolutely loves these bars, they are AMAZING!!! 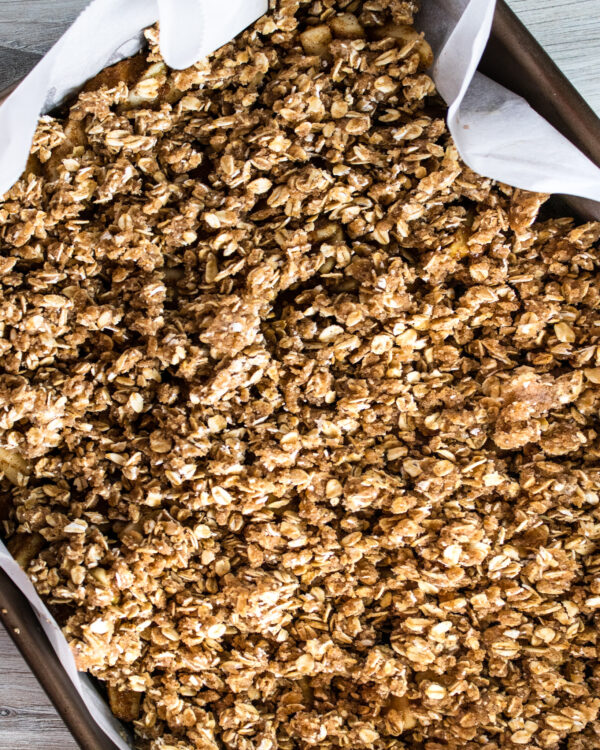 Isabella and I made these bars together and they were quite easy to make, except peeling the apples. I really just don’t like peeling apples. Usually Jimmy peels them for me, but he wasn’t home. Start with making the shortbread layer and place the dough in the bottom of the pan. This was Isabella’s favorite thing to do, using her hands to pat the dough down was so much fun. Next make the apple filling, which she did almost by herself. Add the apple filling over the shortbread base. The crumb topping is easy to make too. This was one of Isabella’s favorite recipes we have made. Not only did she love them, but I think using her hands to make them was a game changer for them.

I know you are gonna love these bars too and definitely make them with your kiddos. It is a great recipe to make with them.

That’s the Dish from my Kitchen to your Kitchen 💕

I use a mixture of granny smith and honeycrisp apples. I love using a couple different apples in this. It gives a different texture and flavor.